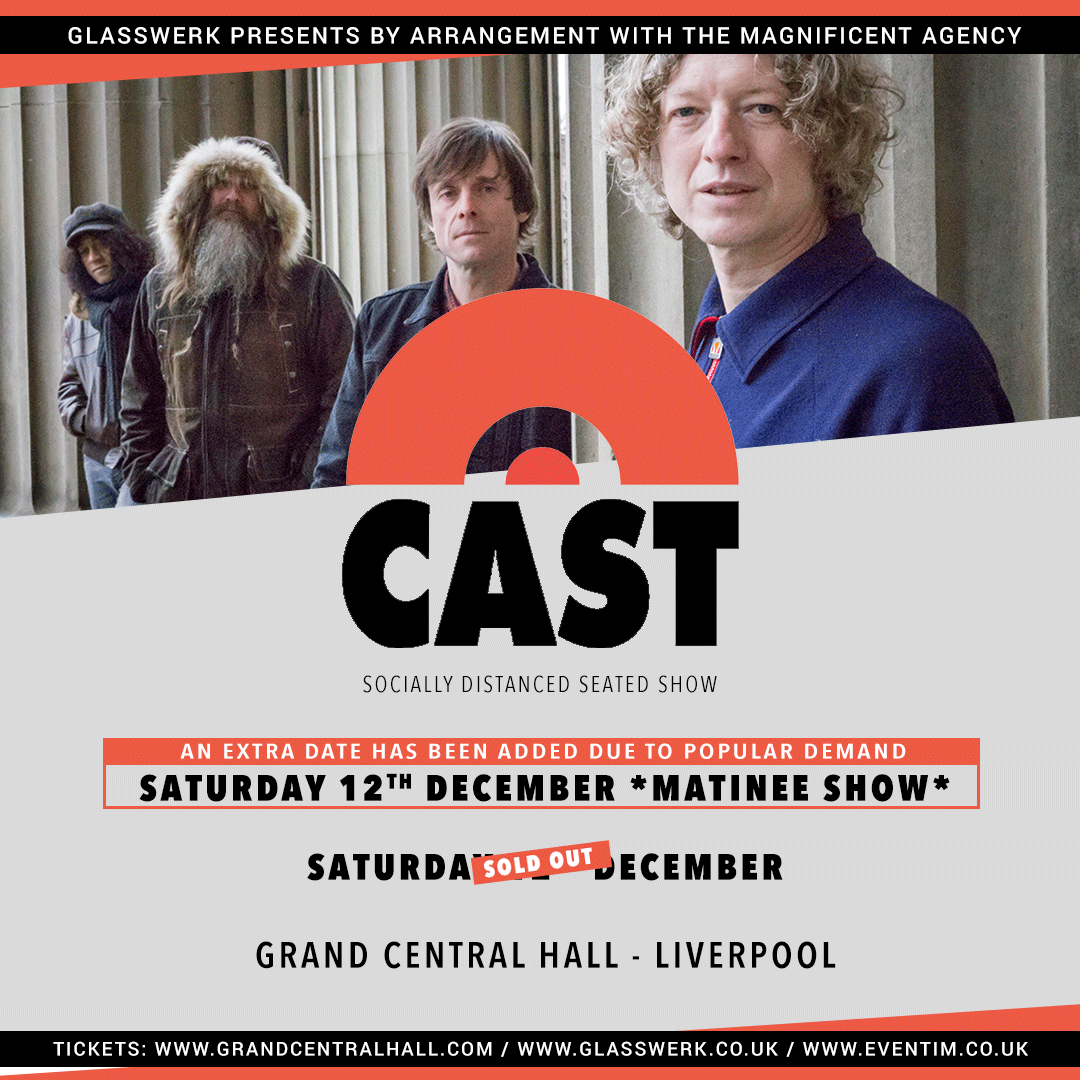 As Liverpool enter Tier 2 Glasswerk and the Grand Central Hall are happy to announce two Cast gigs in the middle of December this year. Seated and socially distanced.
Originally formed in 1992 from the ashes of two of the most legendary and lauded Liverpool guitar bands of the time, The La’s and Shack, Cast have released six albums including the top 10 platinum releases ‘All Change’ and ‘Morher Nature Calls’, and have enjoyed a string of top 20 singles, from the debut ‘Finetime’ to ‘Beat Mama’.
After the band’s split, John Power released a series of solo albums, but reformed Cast in 2010 under the line-up of Power joined by Liam ‘Skin’ Tyson – lead guitar, Keith O’Neill – drums and Jay Lewis – bass. The reinvigorated Cast continue to produce new material full of the anthemic, melodic and beautifully written songs for which they have always been known for, along with a formidable live reputation.
Noel Gallagher described watching the band as “a religious experience.”