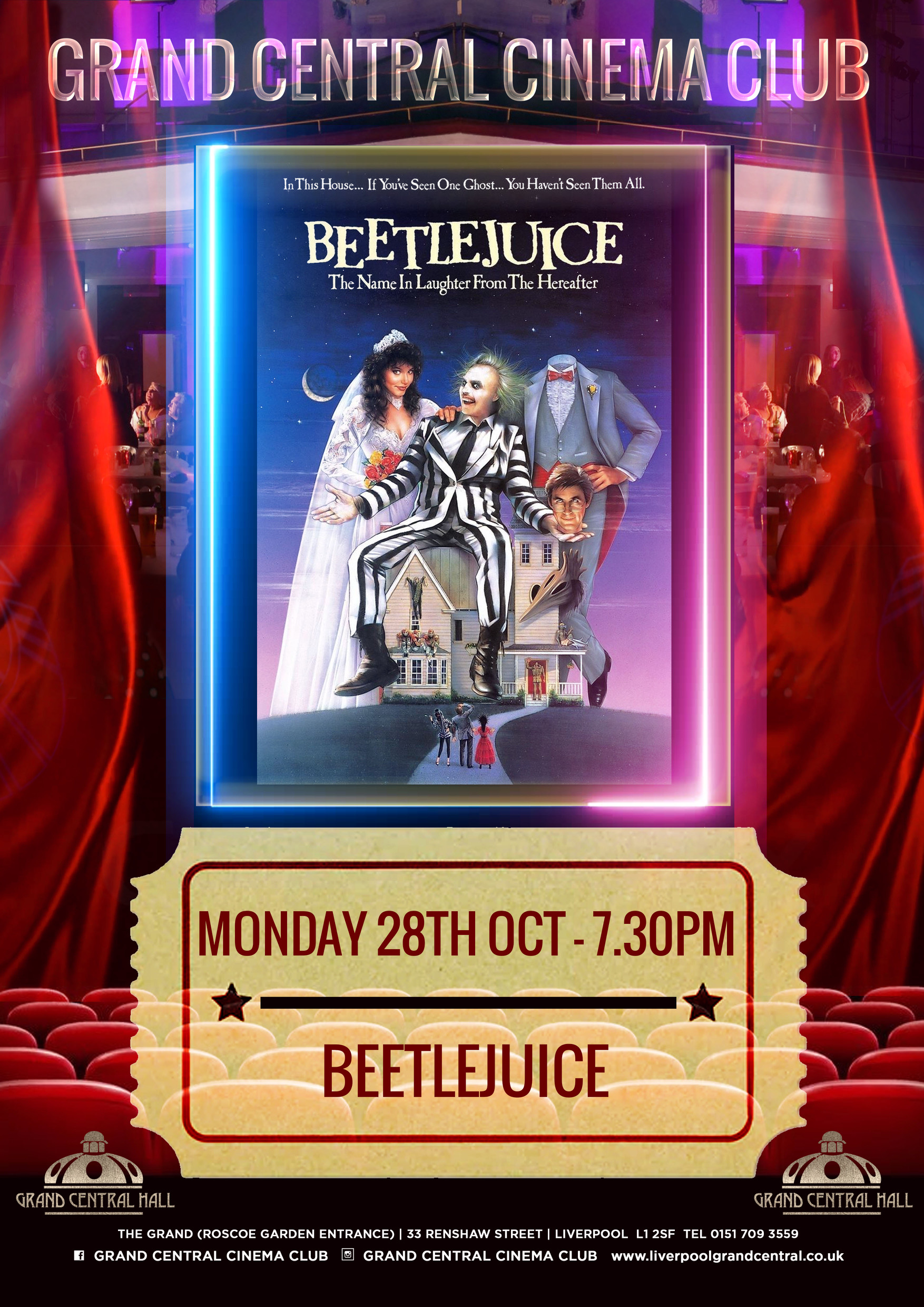 The Grand Central Cinema Club kicks off next week with 3 Halloween Classics in the fantastic Dome at the Grand Central Hall on Renshaw Street in Liverpool City Centre.
The film nights kick off on Monday 28th October with Michael Keeton in the classic Beetlejuice, followed by Scary Movie on Tuesday 29th October before closing the Halloween line up with the classic Nightmare on Elm Street on Wednesday 30th October. Can you handle watching Freddie on the big screen !!!
With an upstairs capacity of around 500 and with tickets priced at only £5,  tickets have been selling fast.
Grand Central Hall was opened in 1905 as the Central Hall of the Liverpool Wesleyan Mission, replacing Renshaw Street Unitarian Chapel. Built to an Art Nouveau design by Bradshaw and Gass of Bolton, the new building  was also used from its opening until at least 1944 as the New Century Picture Hall cinema. From 1933 to 1939 the hall was the home of the Liverpool Philharmonic Orchestra while the Philharmonic Hall was rebuilt following a fire. It now returns to hosting films once again in 2019 as well as sports events, theatre, shows as well as only last week a Labour Party event with Jeremy Corbyn in attendance as the key speaker.
Film lovers can also then look forward to a selection of Christmas classics which will be released in the coming weeks for the month of December.
Drinks and Snacks are available on site and the venue boasts one of the biggest screens in the city standing at 8.5 meters by 7.5  metres
Tickets are available on – https://www.skiddle.com/whats-on/all/?keyword=Liverpool+grand+central+hall&home=1

Or you can pay on the door on the night.
Share Release