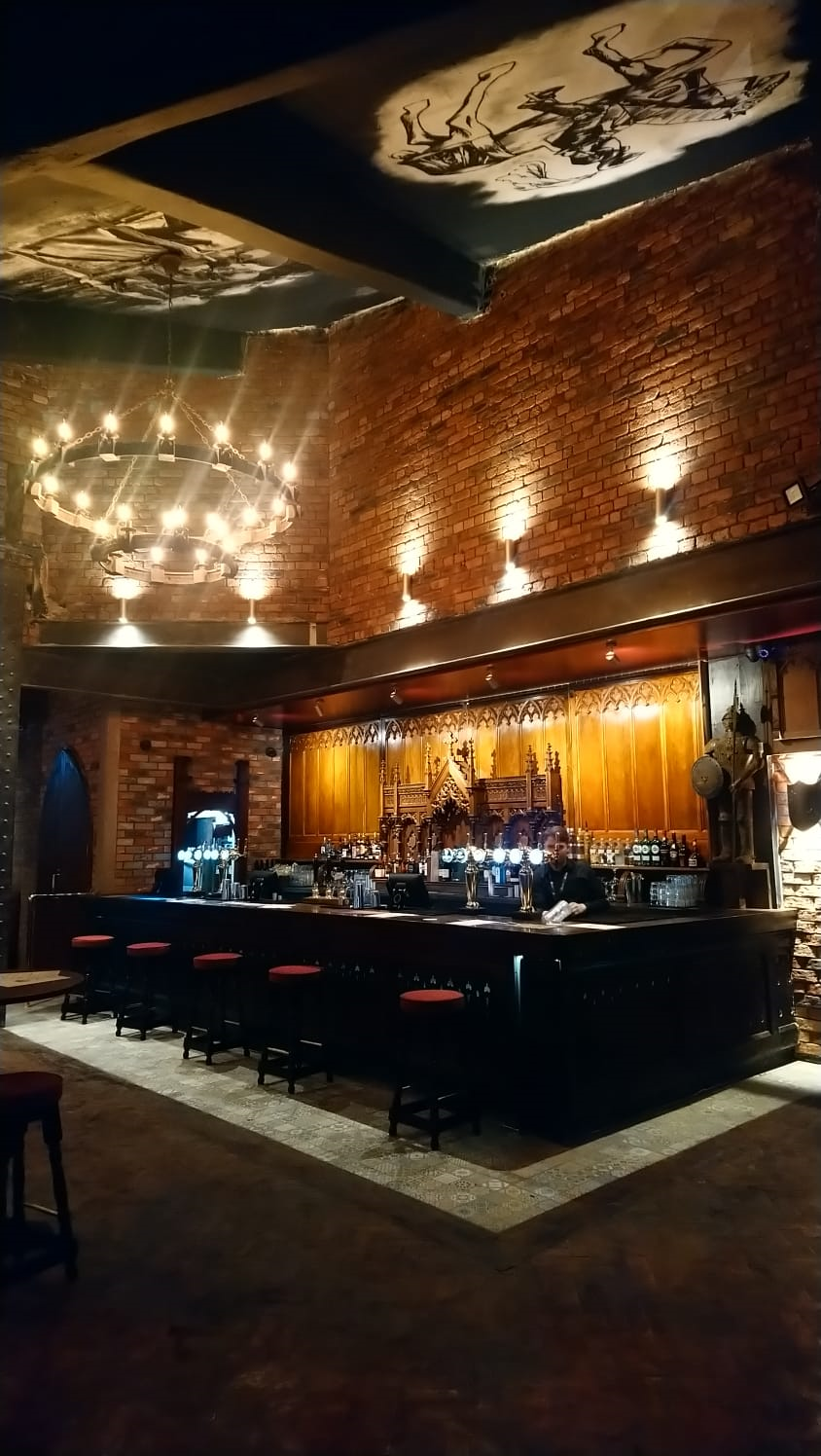 The King John opened on Mathew Street last night, Friday 29th November. A new traditional old English pub in the heart of  Mathew street. The site has an excellent choice of beers and cask ales with great offers also on whiskeys and gins.

General Manager Jimmy Boland,  said “We are happy to be open in time for what looks like being another busy December on Mathew Street. The site, formerly known as Route 66, has seen a full refurb with a lot of original features added such as the old organ,  sourced from all around the North West. The King John is another offering now as part of the Rubber Soul Complex, which also includes Erics, Heaven, Kaiser Keller and of course the Rubber Soul itself.”

The venue opening hours will be from 10 am until 12 am Sunday to Thursday, and 10 am until 4 am on Friday and Saturday.

Liverpool’s official history starts on the 28th August 1207, when King John ‘founded’ the area  as an official town in his Royal Charter. The Charter meant a great deal to the small village and people living there. Whereas in the past everything there belonged to the King, the Charter gave them more freedom in the things they bought and sold, and generally improved their lives.  King John invited people to come and live in the area as they could now rent a house and a piece of land to grow things.

He built a Castle in the area that we now call Castle Street, and in fact the village of Liverpool was only made up of seven streets in this area. Many of these streets survive today;  They were Dale Street, Castle Street, Chapel Street, Moor Street (now Tithebarn Street), Bancke Street (now Water Street), Peppard Street (Old Hall Street) and Juggler Street (High Street).  Maybe only 100 or 200 people lived in Liverpool at this time.

Pub Invest Group own and operate over 30 sites in the city centre of Liverpool from Soho and Level to the Old Bank and two McCooleys.