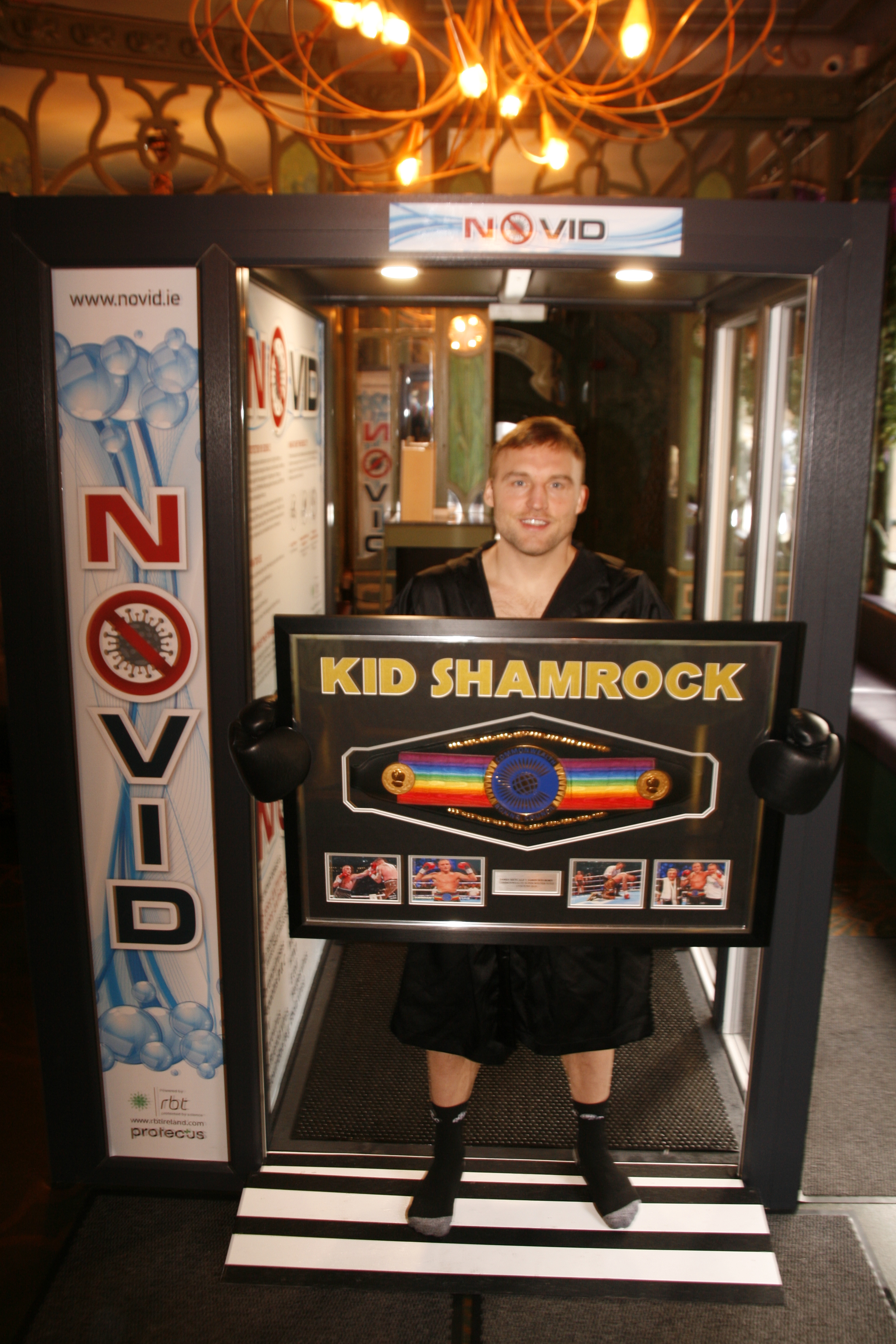 Acclaimed Liverpool boxer, JJ Metcalf, who already has 21 professional wins from 21 fights,  with 13 KOs to his name, is keen to get back in the ring once more whilst ensuring the safety of everyone involved in opposing corners. Even while no physical audiences are allowed, the health and wellbeing of the boxers and their support staff is still of vital importance, and JJ has been on hand recently to try out the groundbreaking NOVID system, getting in the booth himself to get the message across that his sport will do all it can to keep promoting safety and protection.

JJ, who is known professionally as ‘Kid Shamrock’ and is promoted by Frank Warren’s Queensberry Promotions, had a fight cancelled only last month with Jack Flatley due to a positive test for one of Flatley’s team. JJ had to  isolate because of Covid-19 restrictions, after his opponents corner man tested positive for the illness. JJ’s scheduled bout against Jack Flatley for the Commonwealth Super-Welterweight Championship fight had to be called off in line with the protocol of the British Boxing Board of Control.

Whilst fast-turnaround testing, track and trace are still to be finely tuned and more available to everyone in the UK, JJ has been keen to find out more about NOVID, and how its innovative fogging system delivers an antiviral and antibacterial solution which is 99.999% effective, non-toxic and kind to the environment.

JJ Metcalf says, “After missing out on the opportunity of my last fight it was a disappointment for myself, my colleagues and everyone who enjoys watching live boxing. I was really keen to see the  NOVID booths when they were in Liverpool at the Grand Central, where I have fought before in the Dome.. Until we can have events attended by the public, it is vital as boxers that we are able to fight, in a safe environment, and I think NOVID could play a really useful role in getting us back where we belong.”

The team behind NOVID have been busy trialling their system all over the UK, and beyond, to demonstrate how their invention helps us to take extra precautions in order to slow the spread of Covid-19, which will become even more pressing during December and the run up to Christmas. Their single person and multi-person booths deliver the NOVID solution which is 100% biodegradable, environmentally friendly and safe for use by the general public, thanks to NOVID’s partnership with SHEILDME, whose range of products is unsurpassed with regard to safety certification.

NOVID company director Gerry Brown says, “It’s really wonderful to see someone as noted and respected as JJ Metcalf trialling our NOVID booth in Liverpool. Even as a supremely fit and healthy boxing champion, JJ is so aware that his efforts in the ring cannot take place without the safety of everyone who works with him, too. We have had such positive feedback so far on our system and are hoping that once the public are allowed to attend live boxing events once more, the NOVID system can be put into place, too, for year-round protection so that in the future we can be more prepared in terms of health protection.”

NOVID’s system, which is also effective in dealing with illnesses such as influenza and norovirus are now in use in a range of sectors from Harley Street Dentists to Irish Rugby Stadiums.