The Future of Liverpool’s Nightlife Economy 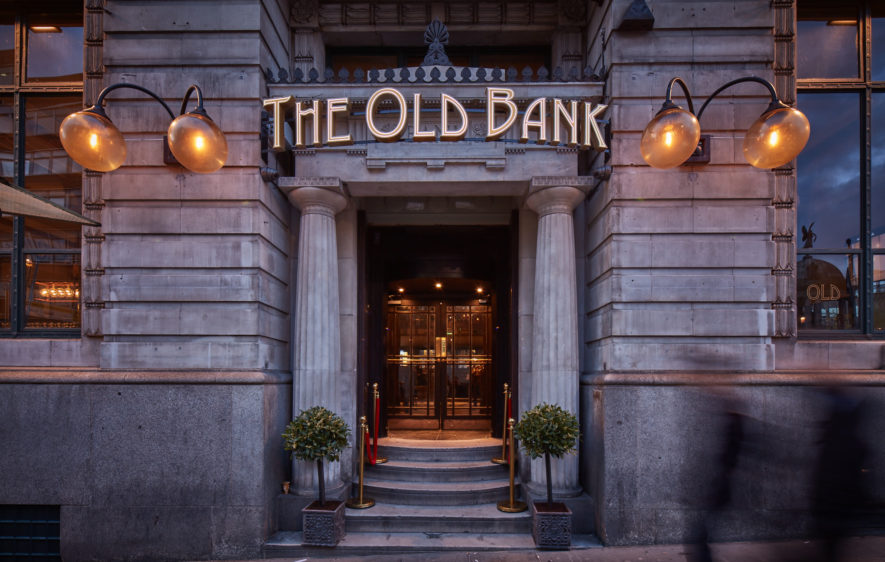 As the region awaits Boris Johnson’s promised ‘road map’ out of lockdown easing, which is due on February 22nd, those involved in the nightlife section of Liverpool’s economy are assessing the impact of previous measures, current restrictions and the hope that the coming months will see them being presented with their own route out of what has been their most difficult trading period.

Liverpool’s previously thriving entertainment and nightlife sectors have been heavily hit since the arrival of COVID-19 19 early in 2020, and in an innovative industry which enjoys both planning for the future whilst remaining proactive, they have had to adopt a reactive stance, whether it be dealing with complete closure, early curfews, social distancing rules and a myriad of safety practices. It is a complex issue which has also needed to take into account falling tourism rates, the psychological impact to customers of not being able to enjoy the same level of leisure provisions, and negative and unfair press attention from outside the city, which is usually so proudly known for its cosmopolitan, welcoming and internationally renowned nightlife.

John Hughes has been a leading light in the industry for 36 years and as well as being Chair of the area’s Pub Watch he is also head of Liverpool Nightlife CIC, a community interest project aimed at making the city safe and secure. A well respected and valued voice of the city’s pubs, bars and clubs, John has been vocal and determined in leading the way when it comes to representing a sector which is such a valued part of the region’s economic stability and growth.

John feels that the nightlife businesses he represents have been harshly treated by a government that does not seem to understand the impact of its often-unclear guidelines, which have had a damaging effect on every business in the sector, whether it be a larger organisation or a local independent. John says “We have been hit by a series of unrelenting measures which have had a clearly detrimental impact. Turnover is already down by 65-70%, and previous schemes such as ‘Eat Out to Help Out’ and the 10 pm curfew had both confusing and disastrous consequences. It is my view that the curfew led to a last-minute dash to off licenses and then onto unsafe, private parties. Whereas as a sector, we have worked unbelievably hard to keep every customer safe in line with whatever restrictions were placed upon us.”

John has been a leading light by working alongside Liverpool City Council and Merseyside Police in terms of keeping in contact and making joint efforts to ensure any new policies were implemented safely and hopes that a future opening up of the industry will see those solid working relationships continue. However, as well as being protective of the myriad of businesses he represents, as a socially responsible entrepreneur he is also concerned about the knock-on effects to sectors which are linked to the city’s nightlife, including the taxi and private hire industry, food suppliers, and the raft of creative talents, from bands to DJs, who rely on the city’s nightlife establishments for regular work.

March 31st is when the current lockdown legislation ends, and any further restrictions would need continued support from MPs. At a time in the season when the city’s nightlife venues would be looking forward to hugely fruitful occasions like Valentine’s weekend, Mother’s Day and the Grand National, John is hopeful that there may be some opening up from the Spring, although SAGE experts have recently revealed they would prefer the industry to reopen from May. Whatever the date, it is a sector which has undergone huge change in practices and processes, as well as an entirely different experience for clients and customers.

Mike Edwards, Pub Invest Group Operations Director, predicts that after taking into account businesses which will not reopen, signs of recovery could take at least two years in an industry which he feels has changed forever. Overseeing a portfolio which includes noted venues such as Level, McCooleys, Soho, The Rubber Soul Complex and the Old Bank, Mike affirmed, “From a business point of view it has been a worrying time, with job losses and increasing debts for owners. For businesses which include nightclubs, they have been most heavily hit. Whilst government grants and the furlough scheme have provided some relief, the furlough scheme ends in March. An extension past then into the summer months would give us valued support.”

Mike has also spoken about the effects of the lack of nightlife experiences available on the health and wellbeing of everyone in the area, and how he feels the culture of relaxed enjoyment for families having a meal to friends having a night out has changed immeasurably. From an operational standpoint, he agrees with John Hughes that staffing has been challenging and will continue to be so. Mike reflected, “We already rely on a lot of casual staff who have complemented more permanent employees, but opening up again will lead to further re-training, micro-managing and having to support employees who have to stay at home with children, loved ones or who have to isolate themselves.”

For PR expert Gary Bond of Bond Media Agency – who have opened over 200 bars, pubs, restaurants and clubs’ sites in the city alone, it has altered his own business base considerably, as around half of their work is based within the nightlife sector in Liverpool. Reporting for clients, and supporting their needs, has been based around reacting on a day-to-day basis, as established clients have been determined to stay afloat, whilst new launches have had to open and then close.

PR usually involves intricate pre-planning, but the last twelve months have seen Gary and his team acting in an increasingly supportive role. Gary told us, “I have clients who have opened a venue and had to close on the same day, when the first lockdown was announced. It has been upsetting for everyone in the sector to see their time, investment and efforts to be lost in this way. However, it is also a group which is flexible, forward-thinking and united in its vision for the future.”

Gary has his own hopes for the sector he works so closely with. “From talking to my clients and fellow industry colleagues, we are hoping that as well as a furlough scheme extension that the Chancellor’s upcoming March budget will not race to increase taxes too soon. From a personal standpoint, I am really proud of how the industry has acquitted itself and it’s a nightlife with both local popularity and an international standing. It’s a sector we hope that can get soon back to rebuilding and prospering.”

Jon Hewitt, who is a partner in a number of well-known city centre sites such as Kingdom and Harrisons Bar & Kitchen added, “From our point of view it’s been tough. Our nightclub, Kingdom, has been closed now since March 2020 and with restrictions it’s hard to guess when this could reopen, if ever again! We spent a lot of money on refurbishing the old Pen & Wig site on Harrington St in the city centre to turn this into Abbey Road Bar & Kitchen – only for the government to shut us down with 5 hours’ notice the day we opened. This cost us thousands in wasted food and drink. We then opened the downstairs site, under the Abbey Road, called Dwntwn, which operates from the hours of 9pm-3am, only for the curfew to then be announced, of 10pm, the same week! So, as you can see, we have had one hell of a year with our sites and have no real confidence in the government’s leadership at all.”

Within ever-changing news timelines there are signs of hope. The number of coronavirus infections is now falling consistently, and at least 12 million people have now had their first COVID-19 vaccination. Even the Bank of England has offered a positive stance by predicting that the vaccination rollout could help to start a recovering economy as soon as June.

For John Hughes it also gives him a chance to offer his own experienced voice and opinion which sees still huge potential in the business sector he has now worked in for almost four decades. As he frankly put, “I am not going to play down the huge challenges this industry has faced and will continue to have to work with. There will be sites that will not reopen and jobs that cannot be immediately replaced. However, I am honoured to represent a strong industry group, determined in its support of each other as a collective, and hugely resilient in terms of its hopes, experience, resources and determination to thrive. I am also happy to announce that we are in on-going talks at the moment to make Liverpool’s Nightlife more sustainable moving forward and we will have more news on this in the coming months.”